How to Tell if You’ll Love a New Neighborhood 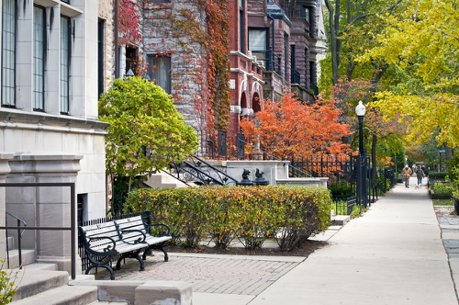 Ask yourself these five questions when choosing a home base.

When on the hunt for your brand new digs, you don’t necessarily want to stick to familiar territory. Buying a new home is a big commitment, but it’s also an opportunity to make a change and venture out into a bold, new neighborhood adventure.

How will you know if this new area is really “the one” for you or if it’ll have you putting up a “for sale” sign soon after closing the deal?

1. What do you need to have nearby?

Big Bear Yoga studio owner Annalisa Berns moved from Los Angeles to Big Bear, Calif., four years ago because she had an epiphany during her housing search — not only did she want to live in the mountains, but she also wanted a community that came equipped with a health food store and other yogis. “Those two things were critical to me,” she says.

“Brainstorm some of the things that are important to you,” says Reston, Va.-based Keller Williams Reston realtor Naomi Hattaway. “Do you want to live near a store that carries international foods? Drive around the neighborhoods closest to those stores.”

2. Is walking important to you?

For a lot of people, not having stores or eateries within convenient walking distance is a definite deal-breaker, so you should consider if it’s one for you, too. Several realtors suggest checking out Walk Score with any potential new addresses you collect during your search.

“Walkability index is a biggie for me and my husband,” says avid sailor Dana Greyson. She and her husband factor in commutes when they search for housing back on dry land. “We want to have a place where, when we get home, we don’t have to get back into our car to live our life.”

3. Are you going for a quiet or lively environment?

You may love to hang out and party on with your friends in a certain trendy and happening neighborhood every weekend, but would you necessarily want to buy a home there?

Maybe not. Jenelle Isaacson, owner of Portland, Ore.-based Living Room Realty, sees a lot of folks in the young, hipster city drawn to the “coolest” areas, only to find out the areas don’t exactly match their priorities — or noise-level preference.

“I’ve worked with many clients who are lured to a neighborhood by hip restaurants and coffee shops,” she says. “They want to live where they hang out on weekends, but when it comes to living in these areas, they suddenly find they don’t like the nuisance of so many other people coming to their neighborhood parking, making noise at night. Being in the middle of the party isn’t all it’s cracked up to be.”

4. Do you want to have friends nearby?

Whether your BFFs are already in the neighborhood or you want to be buddies with your new neighbors, you should take into account the kind of social life you hope to have in your brand new home base. Atlanta-based veteran Carol Gee knew her new community was the one when a neighbor waved to her from across the street as Gee and her husband moved boxes — and they became longtime friends.

“Some people really like to be in an area where their friends are nearby or at least close enough so they’ll come visit,” says New York City real estate specialist Kathleen Perkins.

5. After you’ve done your research, does it seem like a place where you’d want to live?

ParrisIsland.com owner Vera Basilone visited what seemed to be a quiet South Carolina neighborhood during the morning, but upon returning in the afternoon, she realized the area was right in the flight path for the Marine Corps air station. Married to a former Marine, she knew this wouldn’t be the quiet neighborhood she was looking for.

The lesson there? Visit your potential neighborhood during different hours of the day to get a real sense of it, and you might observe things you missed the first time around. You should also check out the crime stats and schools in the area — even if kids aren’t in the picture for you just yet. Those things can tell you a lot about the community under the surface.